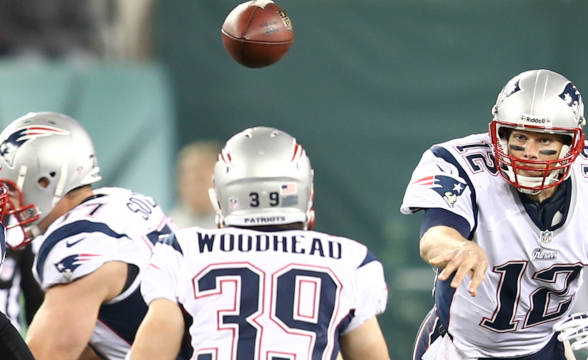 Baltimore Ravens vs New England Patriots is one of the most interesting matchups of Week 3. Both teams are 1-1 in the 2022 NFL season, each losing to the Miami Dolphins. When it comes to their wins, the Ravens won against the New York Jets in the first week, while the Pats beat the Steelers in the second round.

The Ravens’ strongest weapon in 2022 is their offense, while their defense has been their Achilles’ heel thus far. When it comes to the Patriots, it’s just the opposite.

When, Where, and How to Watch?

Lamar Jackson is Playing on an MVP Level

After two weeks of the 2022 NFL season, the Baltimore Ravens offensive tally is 62 points. The man they should thank for this is their quarterback, Lamar Jackson. The man who won the league MVP award three years ago is 38/59 right now, with 531 passing yards to his name and six touchdowns.

He’s a dictionary definition of a double-threat quarterback, the evidence being that he’s gained a total of 136 rushing yards for the Ravens in 2022, scoring one rushing touchdown along the way.

Unfortunately for Baltimore, Jackson’s teammates haven’t been playing at the same level. This goes especially for his colleagues from the defensive team, who have been dreadful in the two games played in the 2022 season.

In Week 1, the Ravens defense did an okay job against the New York Jets, allowing only nine points. In Week 2, however, they conceded 42 points to the Miami Dolphins.

The Patriots defense has been doing a solid job in the 2022 season. In Week 1, the Pats lost to Dolphins 20-7, but their defense allowed only 13 points; the other seven came from a turnover. In Week 2, they were great as well, keeping the Steelers to 14 points. As a result, the Pats were able to record their first win of the season – they beat the Steelers by three points.

In Week 3, they need to stop Lamar Jackson, which is not going to be easy. The QB is 1-1 against them, going 41/57 in the two Ravens vs Patriots games he played so far. In those two games, we saw him throw for 412 yards and three touchdowns while getting one of his passes intercepted.

We think New England’s defense can deal with him once again, probably keeping him to under three TDs. Unfortunately for them, that might not be good enough for a win. The thing is that the Patriots offense just doesn’t look good enough to outscore the Ravens.

Their average in the 2022 NFL season is 12 points, with their second-year QB Mac Jones putting on mediocre performances thus far. He hasn’t been great with his throws, but his colleagues have been even worse. This goes especially for the Pats offensive line who really need to step up.

We expect both teams to do well in the defense. When it comes to the offense, Mac Jones and the Pats aren’t going to improve their scoring average much (if all). The Ravens’ offense led by Lamar Jackson is bound to have another decent outing.

Picks: Baltimore Ravens to win and cover the spread; under to hit