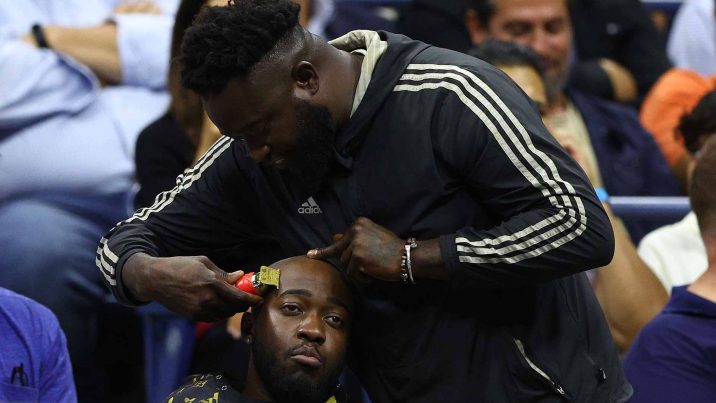 Karen Khachanov has edged Nick Kyrgios in a big-serving battle in the early hours of Wednesday morning to charge into the first Grand Slam semi-final of his career at the US Open.

In a match devoid of atmosphere in the first half and overflowing with electricity in the second half, the 27th seed withstood 31 aces and vocal crowd support for his opponent en route to a 7-5, 4-6, 7-5 6-7(3) 6-4 win in three hours, 39 minutes after earlier coming within two points of victory in the fourth set.

Khachanov, who fired 30 aces himself, advances to play Norway’s Casper Ruud, who has the opportunity to finish the tournament at No. 1 in the Pepperstone ATP Rankings.

“I did it! I did it!,” Khachanov said. “I’m really proud of myself, I was focussed from the beginning to the end.

“It was a crazy match but I came ready to fight and to play five sets.” 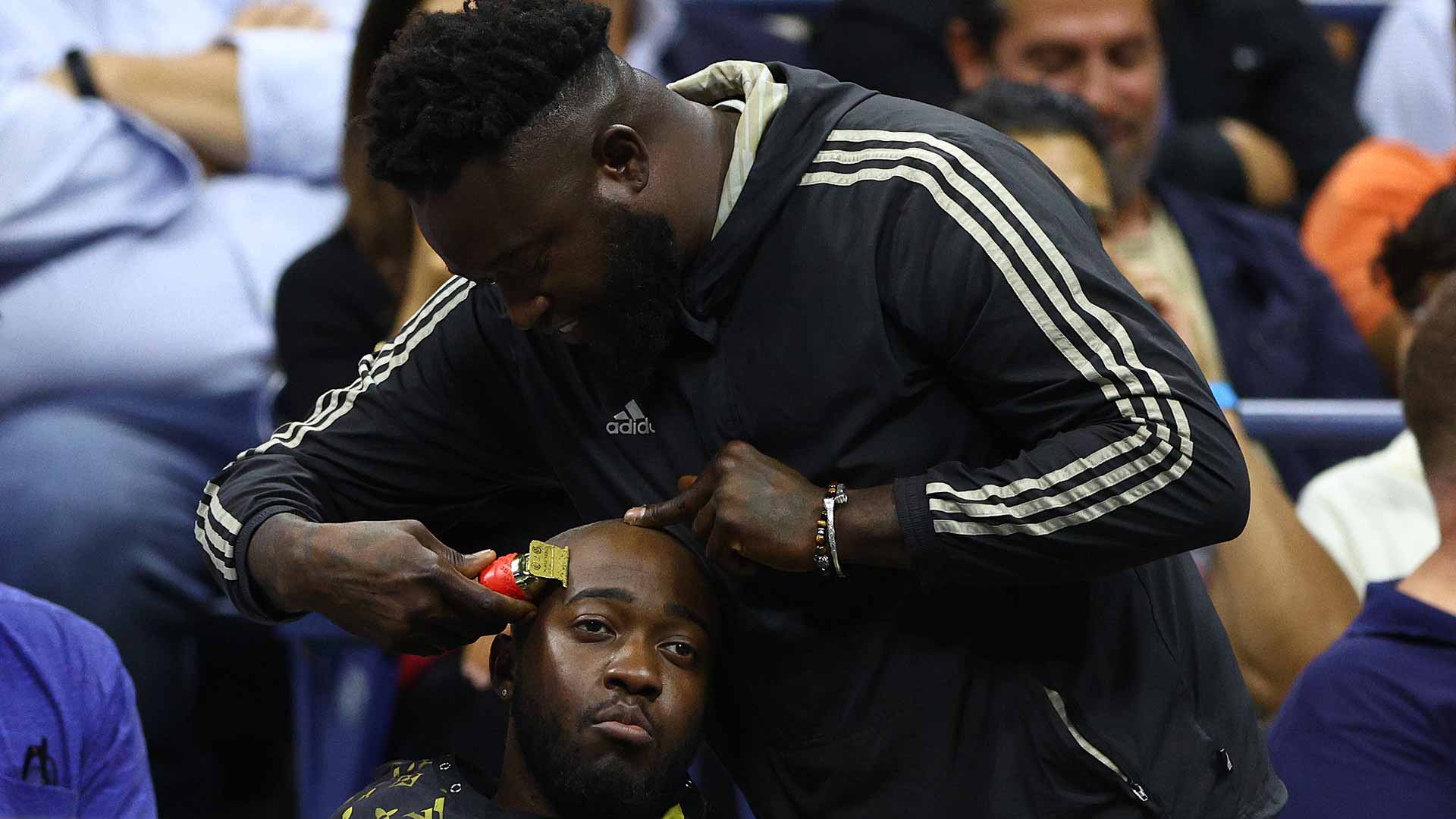 A man in the second row of Arthur Ashe Stadium receives a haircut during the match.
Big serving dominated the first two sets with short points and an unusually subdued Kyrgios giving the crowd little energy to feed off. But as the players began to play more extended rallies beginning in the third set the New York crowd found its voice, especially when Kyrgios dominated the fourth-set tie-break to force a decider.

But the Australian dropped serve at the beginning of the fifth and Khachanov held firm all the way to the finish line. Khachanov converted four of his first six break point opportunities (4/8 for the match), while Kyrgios converted just two of nine break chances.

Khachanov, who needed five sets to ousts Montreal champion Pablo Carreno Busta in the fourth round, has survived a gruelling path to the semi-finals. He also need four sets to beat Denis Kudla in the first round, and Thiago Monteiro in the second round. He was also headed for another four or five setter with Jack Draper in the third round before the young Brit retired injured. 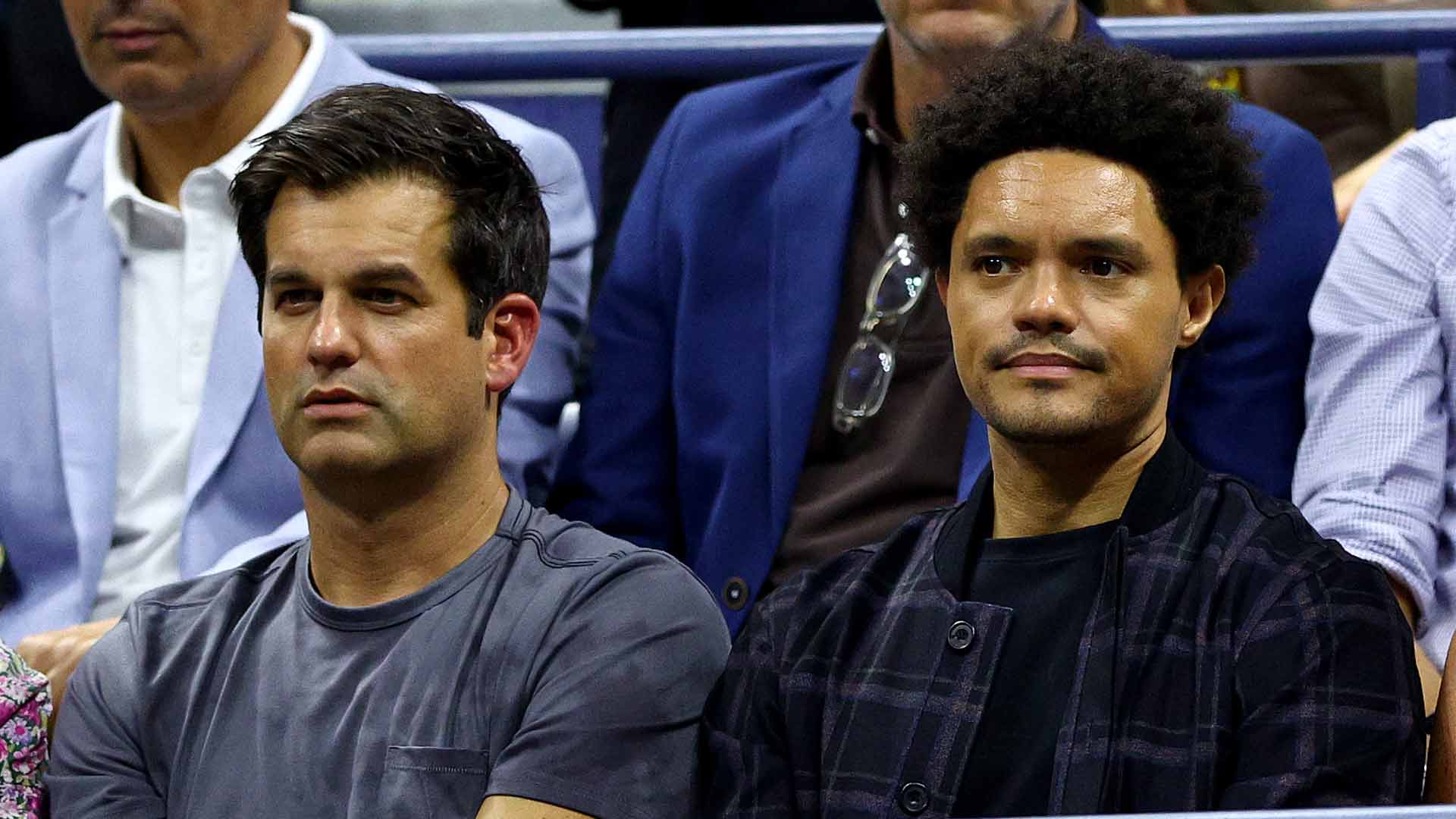 Comedian Trevor Noah (right) was in attendance for the US Open quarter-finals Tuesday night.
Khachanov has surged 13 places during the tournament to No. 18 in the Pepperstone ATP Live Rankings. Depending on other results, he could crack the Top 10 if he wins the tournament.

Kyrgios, who finished the tournament with 116 aces and a tour-leading 27 wins since the beginning of the grass season, climbed to No. 19 in the live standings during the tournament to pass Alex de Minaur as the highest-ranked Australian.

“I’m obviously devastated. But all credit to Karen. He’s a fighter. He’s a warrior. I thought he served really good today,” Kyrgios said in his post-match press conference. “Honestly probably the best server I played this tournament. The way he was hitting his spots under pressure. He just played the big points well.

“Really wasn’t anything in it. I’m just devastated obviously. Just feel like it was either winning it all or nothing at all. I feel like I’ve just failed at this event right now. That’s what it feels like.”