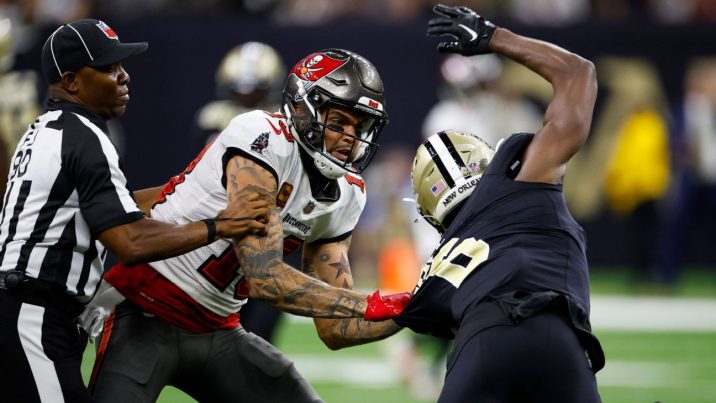 Buccaneers players attributed the violent confrontation to the emotions of a heated rivalry, while Saints teammates defended Lattimore&rsquor;s conduct, claiming he acted in self-defense.

Evans and Lattimore got into a brawl, which started a crazy fourth quarter in which the Tampa Bay Buccaneers scored 17 points to flip a 3-3 tie game into a 20-10 win over the Saints in the Caesar&rsquor;s Superdome.

“When you get to New Orleans, it gets spicy,” Evans added.

Lattimore was unavailable for comment following the game, but he has made his sentiments about Evans apparent in the past. Because they are frequently paired up one-on-one, the two have developed a hate for each other that has frequently gone physical.

In 2017, Evans came sprinting onto the field and shoved Lattimore in the back after Lattimore had words with then-Buccaneers quarterback Jameis Winston, who had poked him in the helmet. Winston has joined the Saints.

Evans was punished for one game for his behavior, which he described as “childish.”

During a game in 2020, Lattimore shoved Evans in the back, forcing Evans to shove him back and knock his helmet off in reaction, as players ran over from both sides. Lattimore was penalized $10,000 for the incident&rsquor;s needless violence.

Evans, who sat out the rest of the game, said he&rsquor;s not worried about a possible punishment for the Bucs&rsquor; home opener against the Green Bay Packers next week.